In the mid-1880s Alexander and Eleonora Kern, along with their two children, moved to the new settlement of Clermont, Fl. They traveled by steamboat bringing two horses and a wagon. Over the years, this team served for transporting many people and their belongings from the steamboat landing in Yalaha over the sandhills to Clermont.

The Kerns purchased eight vacant lots on Montrose Street and built their two-story frame house in the vicinity.

Alexander was one of the 31 pioneers who signed the original legal notice of organization of the Town of Clermont on June 9, 1891.

He also built and operated the first public water system in Clermont. In 1897, Alexander Kern purchased the Wilson General Merchandise Store at Montrose and 8th Street and operated it until his death in 1907. The Kern house was built in approximately 1885. It was moved to the Historic Village site in 2006 and has been open to the public since 2008. 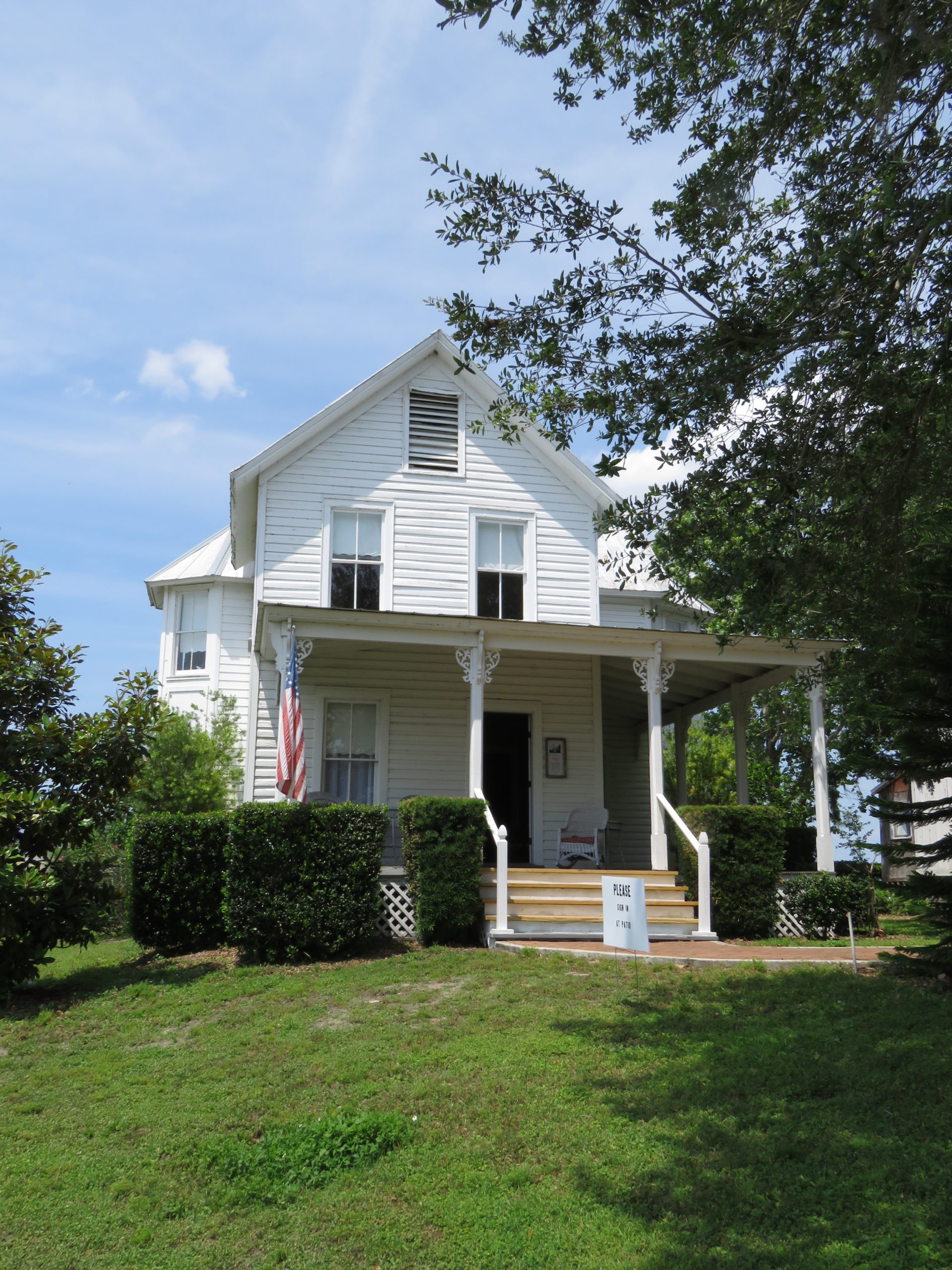 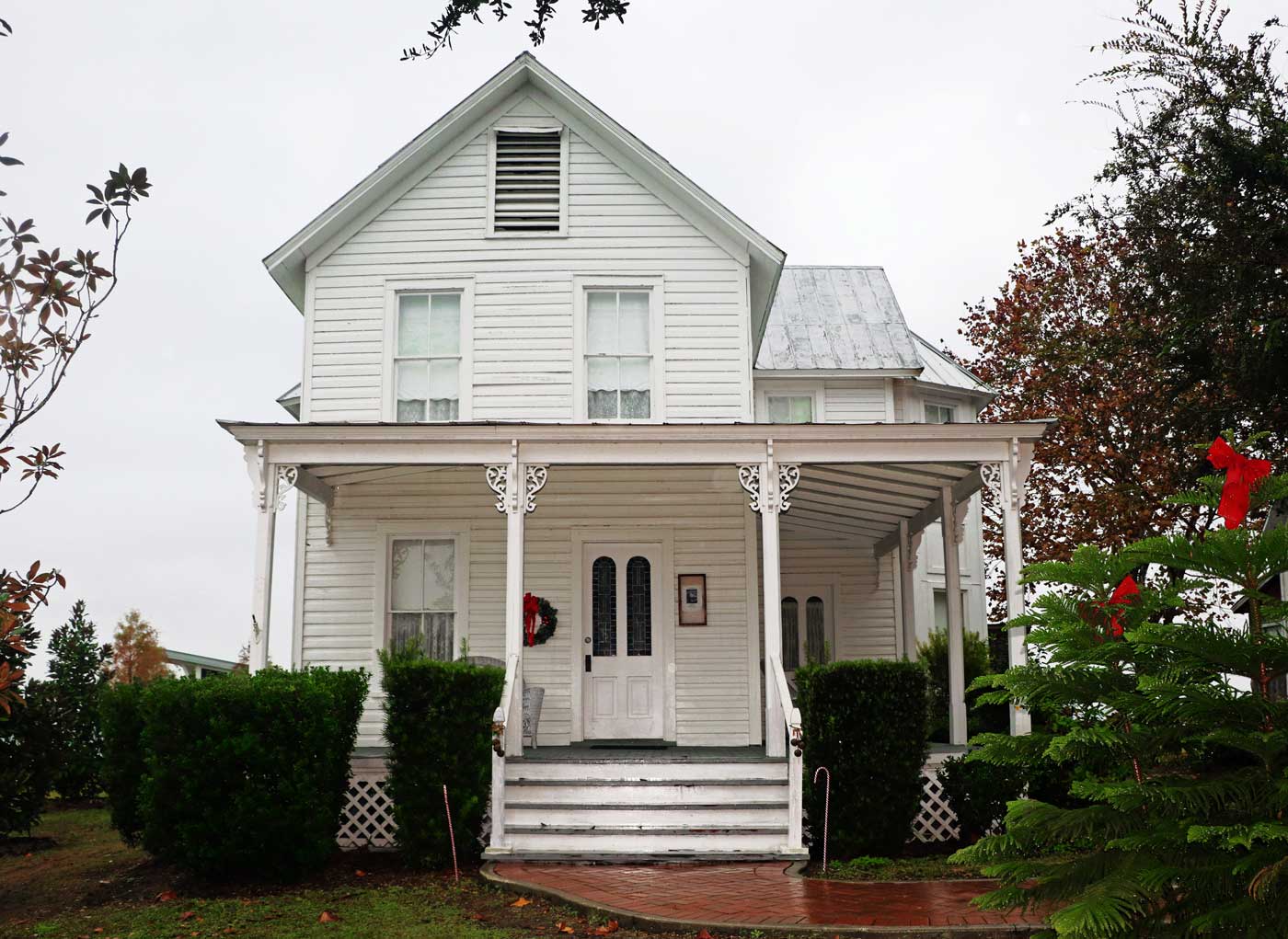 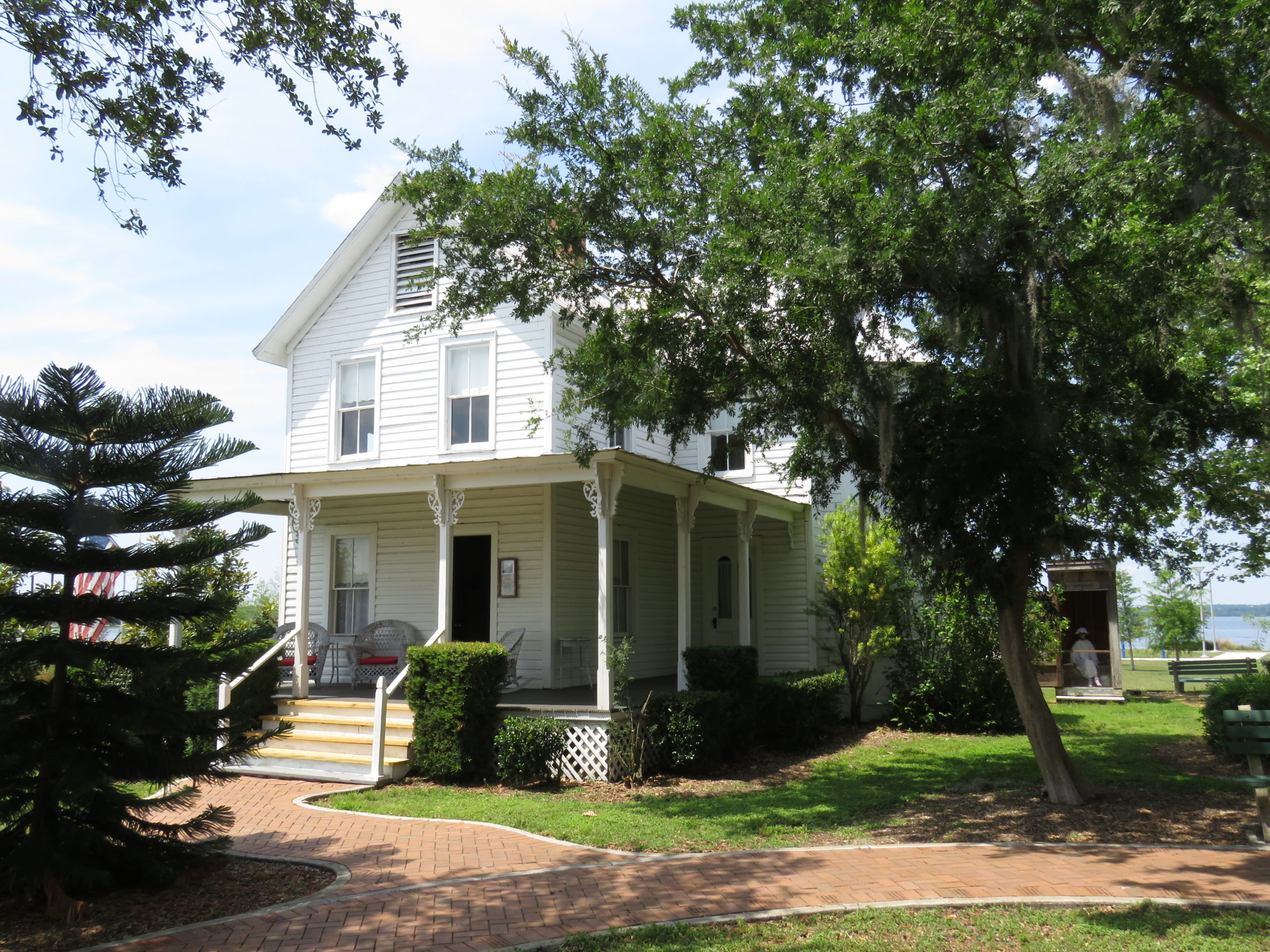 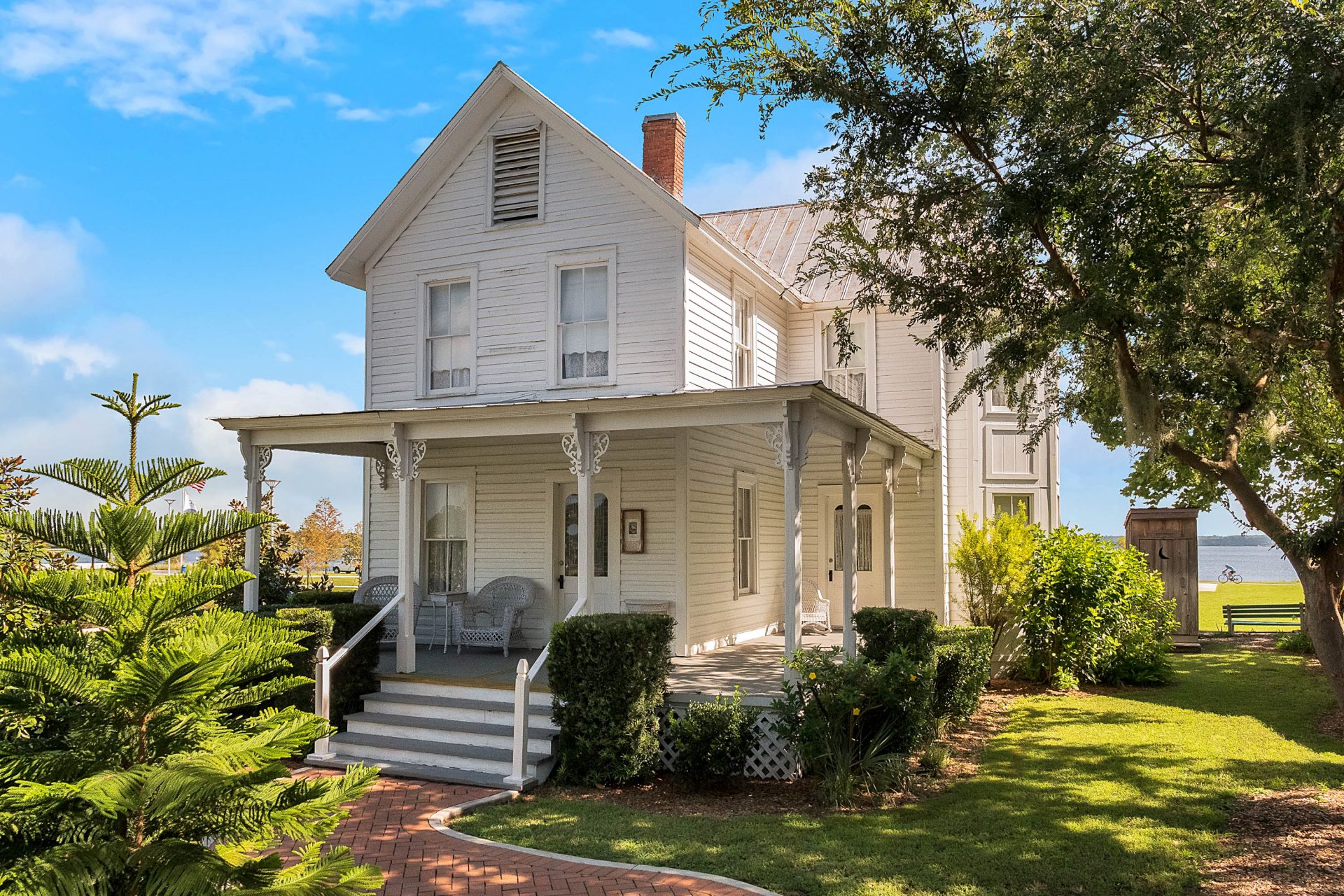 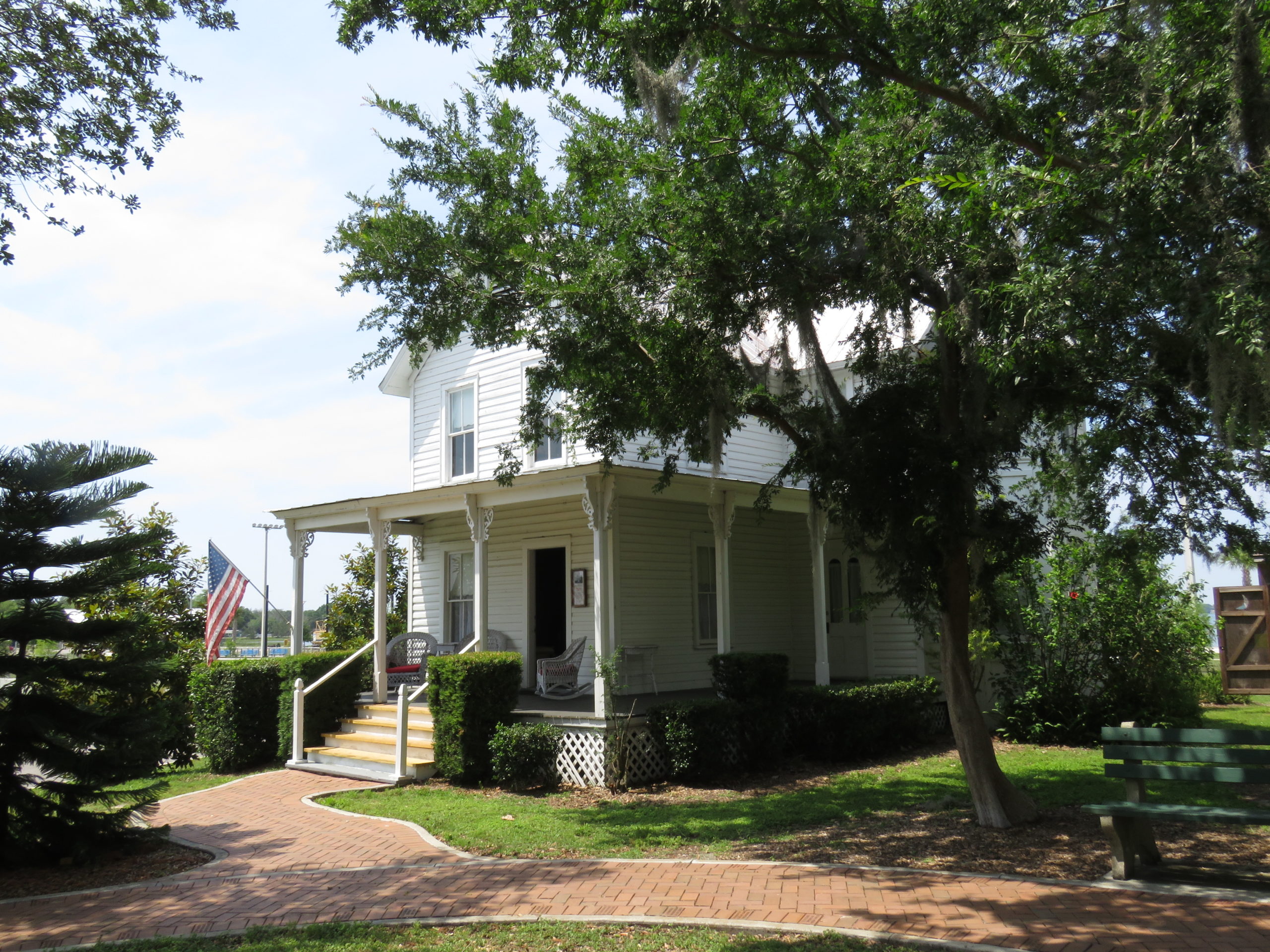 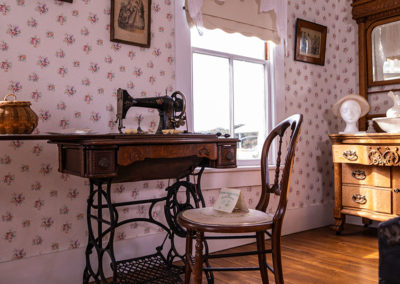 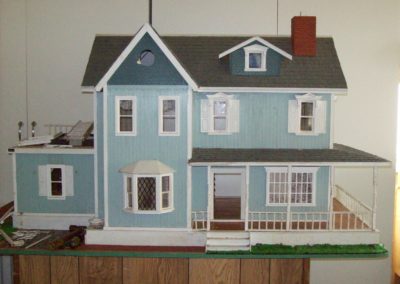 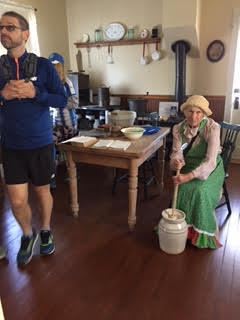 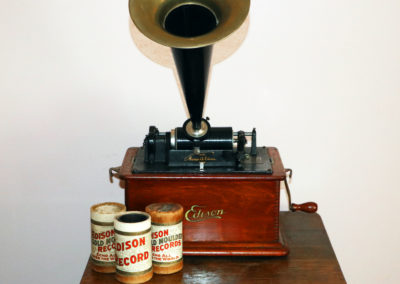 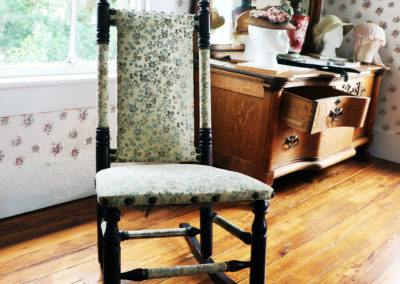 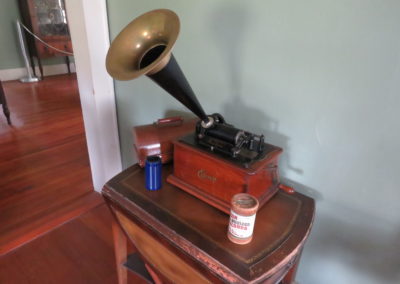 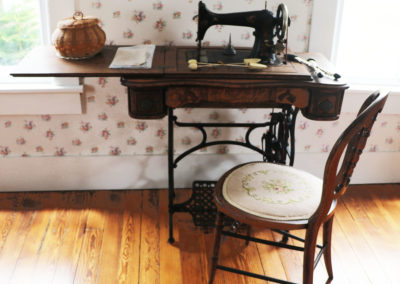 Business Hours:  Open every Saturday and Sunday from 1:00 to 4:00 PM.  Private tours arranged when possible

However a donation of $5.00 per person over 12 is requested.

This is done by opening it every Saturday and Sunday from 1:00 to 4:00 PM, by arranging group and individual tours during non-scheduled hours upon request, and by hosting events highlighting the history of the Clermont community.   Historical Society volunteers enjoy meeting and talking to visitors to the Historic Village who come not only from Florida and all over the United States but from all around the world, about the area’s rich history and the people who were a part of it.

As one board member put it, “If you don’t look back, you’ve got nowhere to look forward.”   Founded in 1998 as the South Lake County Historical Society, the Society is a 501-c-3 organization.